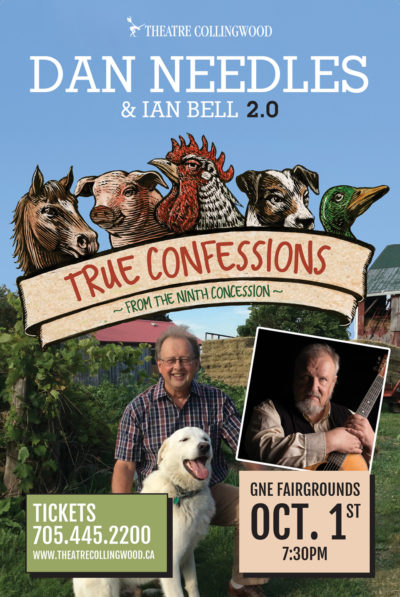 at the Great Northern Exhibition Fairgrounds, 2220 Fairgrounds Road North, Stayner.
Doors open at 7:00pm and the show starts at 7:30pm.

A loving and humorous look at rural life in story and song.

After a sold-out performance at the Collingwood Legion this spring, Dan Needles is back by popular demand for one night only this fall to entertain Theatre Collingwood audiences. Needles is familiar to the community as a playwright and local columnist. To Canadians, he’s best known for his Wingfield Farm Series, which has been staged across the country, including the Stratford Shakespeare Festival. Needles is joined on stage by brilliant folk musician, Ian Bell to take you on a ramble through small-town Ontario with stories, songs and lots of laughter.