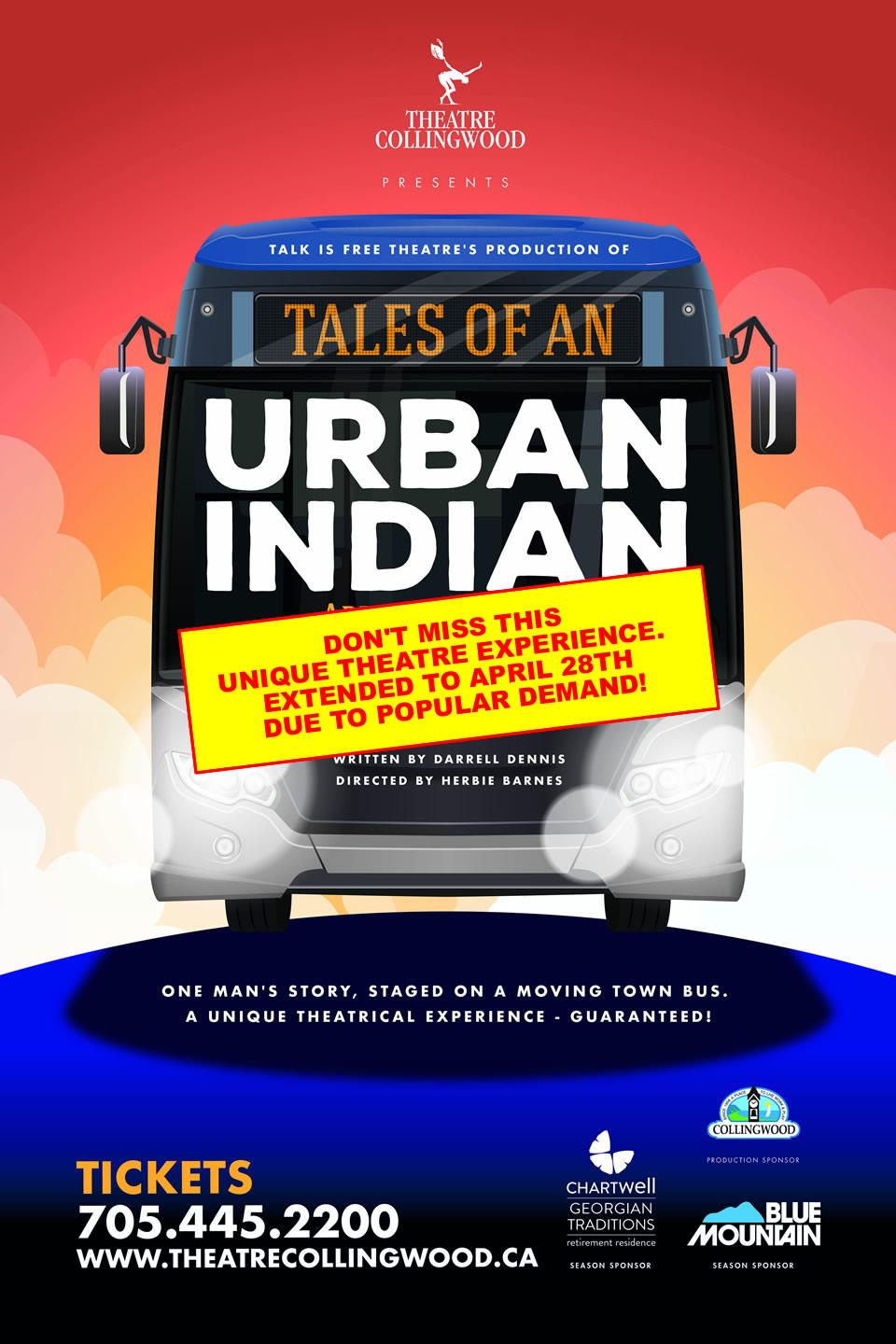 TALES OF AN URBAN INDIAN

Written by Darrell Dennis and produced by Talk Is Free Theatre

Tales of An Urban Indian is the story of Simon Douglas, a contemporary First Nations man, born in the 1970s and raised both on the reserve in British Columbia and in Vancouver. Played by one actor, Simon conjures up an array of characters that come in and out of his life as seen through his eyes. Simon’s friends on the reserve, his mother and grandmother, his girlfriends and every other character are all portrayed through Simon’s mimicry. At the outset Simon explains that he is just like most people, a regular guy with a very common story to tell. As his story unfolds, layers of his character are revealed as are the lessons he has learnt in life that have molded him into the person he is now, telling the story.

Staged on a moving transit bus, visiting locations described in the story, the play becomes a unique and unforgettable theatrical experience. 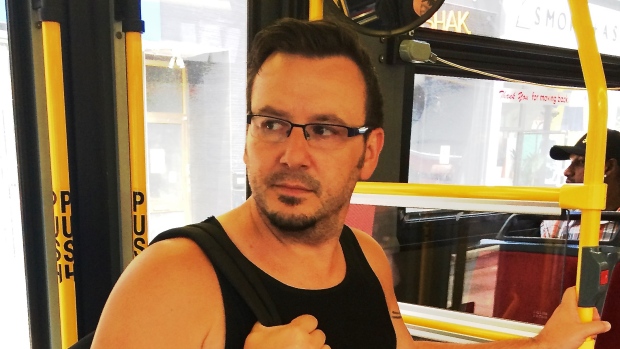 Theatre Collingwood wishes to acknowledge and thank the Town of Collingwood for supporting this extraordinary presentation.