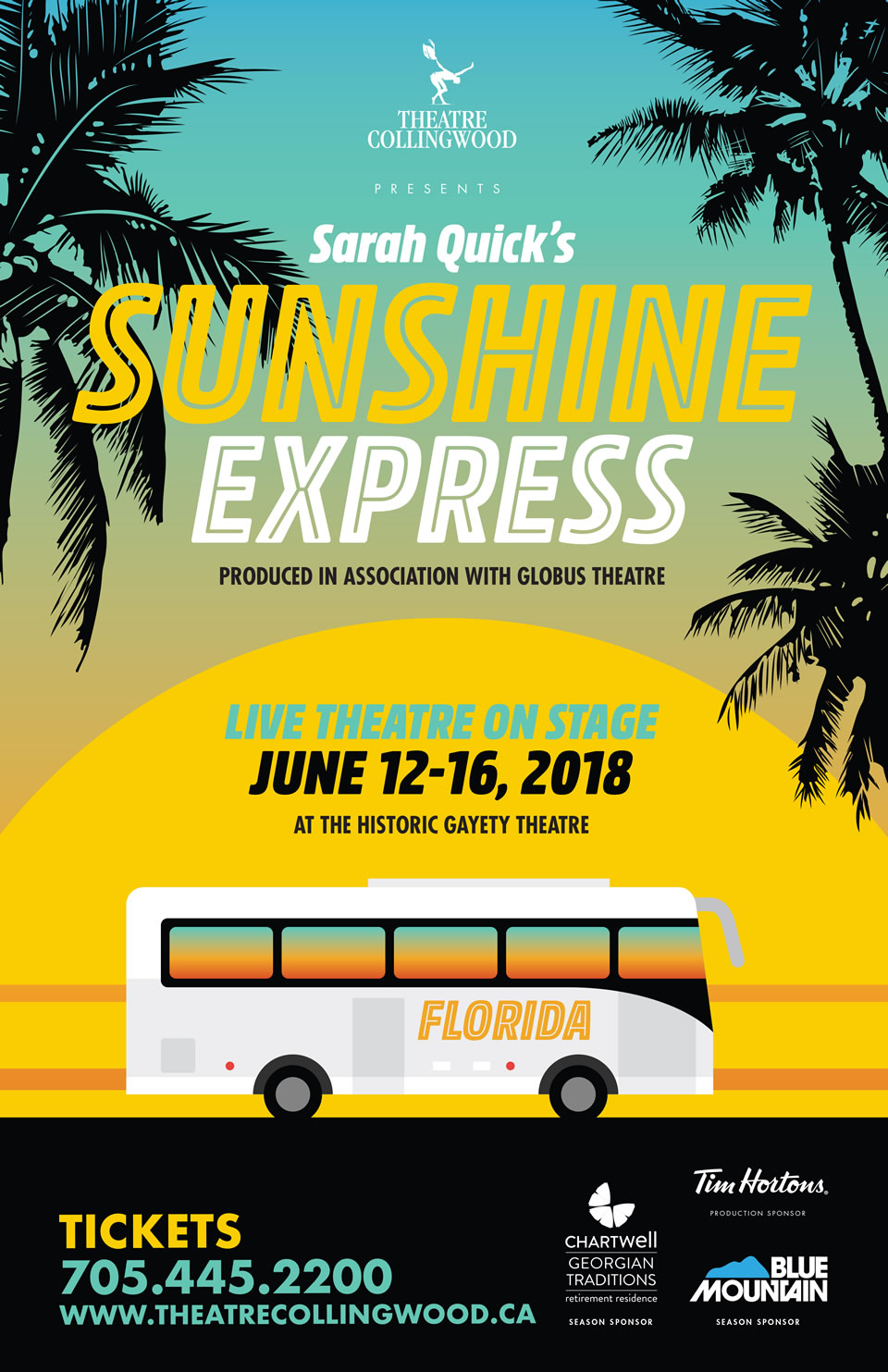 By Sarah Quick and Globus Theatre

A clever production with tons of heart, a hilarious and thoughtful comedy, in which the four actors perform nearly 30 unique characters — sometimes in the same scene — in a tribute to the seniors’ bus tour industry.  It is all about snowbirds heading off to Florida on a coach tour!

In Sunshine Express, the audience is welcomed aboard a “Charlie Cheetles Charters” tour bus going from Ontario to Florida and back. Their tour guide for the trip is the warm and welcoming Sandy and friendly and enthusiastic bus driver Tommy. The trip is seen through the eyes of Alan and Brenda, a couple dealing with the daily stresses of kids, money, and the Canadian recession. When Alan turns 40, a well-meaning elderly aunt books the couple onto a seniors’ tour bus down to the Sunshine State.

Boarding a bus filled with eccentric elderly characters, the couple initially seems out of place and Alan’s jaded skepticism about the entire trip is noted. Soon they experience border crossings, lemon smuggling, southern breakfasts, Wal-Mart visits, Happy Hour, Bingo, sing-a-longs, and the politics of getting back to the bus on time and the “slow clap.”

As their journey goes deeper into the American South, Alan and Brenda realize that — despite the age gap — they aren’t that different from their elderly traveling companions, and they discover you’re never too old to make new friends and have a good time. Their journey is filled with laughter, love, and a lot of heart as Alan and Brenda discover the true magic of Charlie Cheetles Charters. 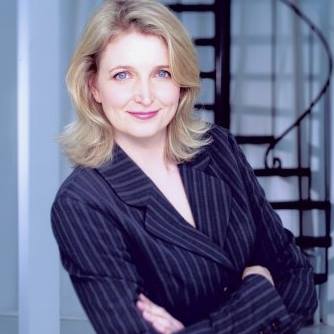 Anna Silvija Broksas Brenda
Anna is thrilled to be working in Collingwood at the beautiful Gayety Theatre. Anna is a University of Windsor BFA graduate and also studied classical voice of the Royal Conservatory of music in Toronto.

Anna has performed with Globus theatre many times in the past decade.
Selected credits include: “Looking” and “The Long Weekend” by Norm Foster, “Soccer Moms’, ‘I Ought to be in Pictures’ & ‘Raising the Barn’ She is the lead singer of Toronto based band : “PandaBand ” and also sings in a light opera/ musical theatre trio in Toronto called ” Amuz ”

Anna would like to thank her three teenage sons , Nikolajs, Benjamin and Jonathan for their continuous support . 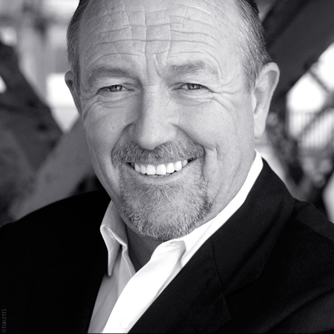 Mark Whelanas Tommy
Originally from Dublin and a graduate of the Irish College of Music, Mark’s previous credits with Globus Theatre include ‘Stones in his Pockets’, ‘Till it Hurts’ ‘Separate Beds’ and ‘Raising the Barn’

A regular performer in Film, TV and Theatre, Mark’s recent TV credits include appearances in Republic of Doyle, Murdoch’s Mysteries, The Divide, The Listener, Being Erica, Breakout Kings. In film, Love and Savagery, Sunday at Tiffany’s, Pompeii, Pixels.

He is delighted to be performing in beautiful Collingwood whilst on leave from his steady job as “ the Sleeman guy” in the beer commercials. 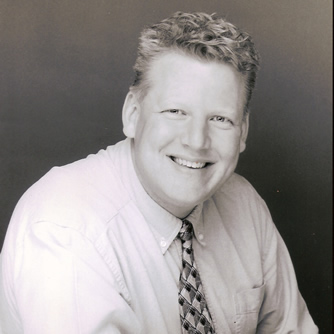 James Barrettas Alan
Trained at the University of Windsor, James has been a professional actor in theatre, film and television for over 20 years.

He co-wrote, co-produced and starred in ‘MINE’ and ‘Jackpot!’ which toured across Canada to great acclaim. Other theatre credits include; ‘Chains of Justice’(The Stage Co.), ‘Biloxi Blues’(PersephoneTheatre), ‘Bordertown Café’ and ‘Peggy Grace’ (Kawartha SummerTheatre) and ‘Peggy and Grace’ again (The Red BarnTheatre.)

Co-founder & artistic producer of Globus theatre James has performed in over 50 productions with the company – favourite credits include: ‘The Love List’, ‘The Secret Lives of Henry & Alice’, ‘Looking’, ‘The Hound of the Baskervilles’, ‘Sexy Laundry’, ‘Making a Move’, ‘NoTell Motel’, ‘Buying the Moose’ and ‘Funny Farmers’.

Sarah Quick Playwright and Sandy
Sarah is the co-founder and Artistic director of Globus Theatre, the company-in-residence at the Lakeview Arts Barn in Bobcaygeon.

Trained at the University of Wales, Sarah obtained a BA(Hons) degree in Drama along with certificates in acting from the London College of Music and The Guildhall.

Sarah has performed in over forty production with Globus Theatre with highlights including ‘Educating Rita’, ‘The 39 Steps’, ‘The Mysterious Mr. Love’, ‘The Secret Lives of Henry & Alice’, ‘Shirley Valentine’, ‘Sexy Laundry’, ‘Real Estate’, ‘Raising the Barn’ & ‘Halfway There’.

She has written over 15 plays including ‘Knickers! a Brief Comedy’ which is currently in production at Upper Canada Playhouse and her newest play #Happy which was commissioned by the Lighthouse Festival Theatre.

Sarah can next be seen in “Sugar Road” with Globus Theatre in Bobcaygeon, having appeared in the World Premiere production of the play last year at Theatre Orangeville