Our annual celebration of love is a popular event, but this year it will be held in a wonderful, cozy and intimate setting at First Presbyterian Church. You may never know who is sitting beside you, it could be one of the artists! This cabaret is packed with talent from the musical theatre world & beyond. Add RED CARPET tickets to your purchase and attend a post-show reception with the artists at Collingwood’s hotspot, Prime Seven Nine following the show!

Renée Cingolani is a graduate of the RCM in piano, voice, and oboe and the Glenn Gould Professional School in opera.
Over the past 25 years she has worked both on and off stage for Theatre Collingwood, the Sunshine Festival Theatre Co., Talk is Free Theatre Co., Centre in the Square, Opera in Concert, the Glenn Gould Recital Hall, Mural Productions, South Simcoe Theatre Co., the Loft Art Space, and Mariposa Arts Theatre Co.

In addition to theatre, Renée has toured North America with performances at Epcot Centre/Florida, Disneyland/Florida, Hershey Park/Pennsylvania, Princess and Norwegian Cruise Lines, with concert highlights including The Messiah and Berlioz’ Requiem with the KW Symphony orchestra, and The Peer Gynt Suite starring Christopher Plummer. She worked as resident music director for the Rogers TV series “Local Live”, a clinician for the North York Board of Education, resident Studio Musician for T-Minus Music and Major Entertainment, Performer, Private Coach, Composer, Arranger and Accompanist, Jingle Writer, and was the 2009 Barrie Arts Award winner for Excellence in the Arts.

After a rigorous audition process, Renée was selected to join the Cirque du Soleil database of instrumentalists and vocalists and is, at present, an alternate vocalist/pianist/recording artist for select female roles. 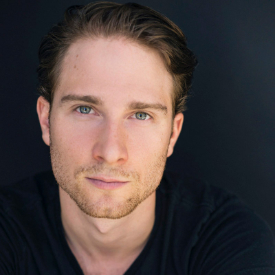 Toronto’s soulful pop singer/songwriter and actor Jeremy Walmsley has been writing and playing music since a young age. Aside from his successful 10 year acting career in film, tv and musical theatre, ranging from productions such as Once the musical/Mirvish, Jane Eyre, Harvey, Gone with the Wind/Royal Manitoba Theatre Centre, Buddy Holly/Grand theatre, Ghost/Drayton Entertainment and TV shows such as A Teacher, Private Eyes, Murdoch Mysteries, Frankie Drake Mysteries and Reign, Walmsley, is also a multi-instrumentalist and recording artist. His singles ‘Icarus’, produced by Slwjmz, and ‘My Dear’, produced by Andrew Dawson are available on all streaming platforms. Upcoming: Jeremy will be playing Al Davis in Musical Stage Company and Canadian Stage’s “Kelly Vs Kelly” in May 2020. Instagram: @jeremywalmsley 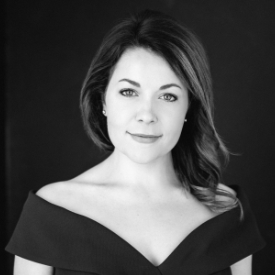 Mezzo-soprano Laura Aylan-Parker is an active member of Ontario’s professional music scene. Laura has always enjoyed performing, and finds inspiration both as a teacher and singer. While Laura specializes as a soloist, her other performance credits include choral singing, musical theatre, and ensemble work. Laura is a graduate of York University’s Faculty of Fine Arts with an honours degree in Music under the direction of Canadian legend, Catherine Robbin. Eager to share her love of musical performance, Laura performs at special events, concerts and galas. In recent years, she was a member of the Toronto Mendelssohn Choir and Mendelssohn Singers, frequently performing at Roy Thompson Hall with the Toronto Symphony Orchestra. Other highlights include performing with international superstar, Andrea Bocelli, at the Air Canada Centre. Laura also performed at Canada’s famous BlackCreek Music Festival, sharing the stage with opera legend Placido Domingo, Sondra Radvanovsky, the London Symphony Orchestra, Martin Short, Audra McDonald and Brian Stokes Mitchell, amongst other notable performances. Laura worked with the Canadian Opera Company for six years, until recently relocating north with her young family 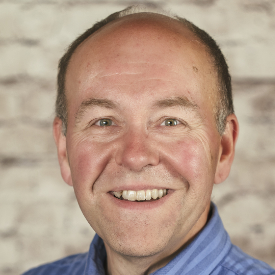 Scott is pleased to be “in Love” with Theatre Collingwood for a fourth time. Now entering his fifth decade as a professional singer, director and playwright, Scott’s favourite productions include The Drowsy Chaperone, Crazy for You, Guys and Dolls, The Music Man and, most recently, Beauty and the Beast. As a director, local audiences will remember his work with Barrie’s Theatre by the Bay, Talk is Free Theatre, and Kempenfelt Community Players, as well as Orillia’s Sunshine Festival and Cookstown’s South Simcoe Theatre. Happy 26th Valentine’s Day, Rob! 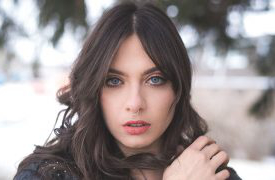 Saveria is a 22 year old singer, songwriter and producer from Ottawa. If you were in our audience at our 2019 show “Soul Sisters” you would have witnessed her incredible singing ability that had audiences dancing in the aisles! After many requests we just had to get her back! Growing up Saveria was exposed to many flavours of music and her voice reflects a smooth, rhythmic, R&B quality with the infectious precision of pop music and an unmistakable psychedelic soul. She began singing at the age of 8, and by age 14 she had already developed a competence for guitar and song writing. She has performed all over North America, making several notable radio and television appearances along the way. In 2017 Saveria complimented her musical prowess by graduating with a diploma in Music Industry Arts from Fanshawe College. She credits this experience with sparking her love for music production. She eventually co-founded a collective band called “Daytrip.” Their EP “Sleep Through the Madness” dropped in May of 2018 and its soulful vocals have garnered wide-ranging appeal. She has graced the stages of iHeart Radio Fan Fest in Toronto, Festival D’ete in Quebec City, and the Cavendish Beach Festival in P.E.I. Now, fresh off winning CTV’s The Launch Season 2 (EP3), Saveria’s single “Down to the Roots” has charted #3 on iTunes Canada, and plays nationwide on Hot AC radio.

Deb Fitzsimmons is a vocalist and multi-instrumentalist who hails from Collingwood! Music is truly at the centre of everything she does. She has been singing since she could talk, and started noodling on the piano at age 3. This life-long love of music led her to York University, where she earned an Honours B.A., specializing in ethnomusicology, music history, and vocal performance. A natural performer, she has been entertaining people in the Collingwood area with jazz, blues, gospel, classic rock, Celtic, and folk music for many years. In her spare time, she is an amateur songwriter and recording engineer for her own solo CD projects. When Deb opens her mouth the most pure angelic sound comes out and it is for this reason that we could not wait to have her back on our stage! 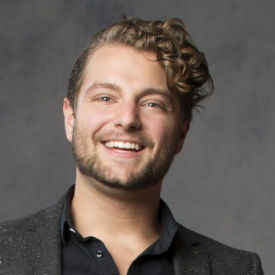 David Ball is a multi-disciplinary, triple threat performer based in Toronto. Born and raised in Barrie, Ontario, he got his start performing with the many community and professional theatre companies in the area. He is a proud graduate of the Musical Theatre program at Sheridan Institute where he was awarded the Brian Linehan Triple Threat Award three years in a row. He has since performed in theatres across the country, from Rainbow Stage in Winnipeg to the Charlottetown Festival on Prince Edward Island. He has recently spent the last seven seasons at the Shaw Festival in Niagara on the Lake as a member of the acting ensemble. 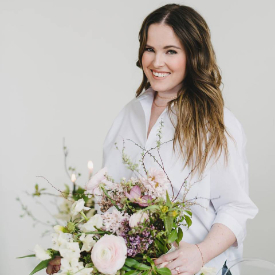 Shealyn Angus is a powerhouse singer who spends her days working in the business of LOVE, which makes it only fitting that she be our HOST this year for the LOVE cabaret. After years in the events industry she is now owner Shealyn Angus Weddings & Events and her magnificent weddings and events are featured in such publications as WedLuxe, Wedding Bells, The Toronto Globe & Mail, and Martha Stewart Weddings. She is a graduate of the Creative Ensemble program at York University, has performed on stage and film, and has sang for the Toronto Raptors, Toronto Maple Leafs, Toronto Marlies., The Women of Influence Awards at The Royal York, and in many cabarets and nightspots. Shealyn often feels she is only invited to this show as she is the daughter of Executive Director Erica Angus, but we think you will see it differently! Check out Shealyn’s beautiful LOVE events on her Instagram page @shealynangus 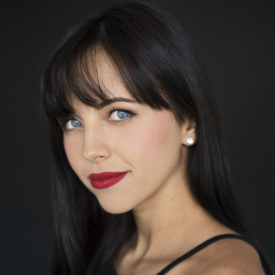 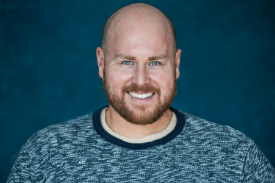 Originally from the Ottawa region, Constant Bernard has spent the last seven years performing aboard the Disney Cruise Line fleet in their MainStage shows such as Aladdin, Tangled, Frozen and Twice Charmed: A Cinderella Story. Most notably, his portrayal of the Genie in Aladdin won him two Mainstage Performer of the Year awards. A finalist on Canadian Idol, he was also the recipient of the CBC’s Rising Star Award. His next project Vaches, the Musical – a brand new French Canadian musical for Creations In Vivo – is set to open in Ottawa in April. Past credits include: Trey Parker’s Cannibal! The Musical (Starvox), Aladdin: The Panto (Capitol Theatre/Empire) The Rocky Horror Show (Citadel Theatre), Le Passé Antérieur, Les Zinspirés (Théâtre français de Toronto), Robin Hood, Freezing, The Blizzard of Oz (Ottawa Musicals), Man from the Capital (GCTC), Le Passe Anterieur (Theatre de l’Ile), Noises Off (Theatre du Trillium), Légendes de Crapauds (Vox Theatre). 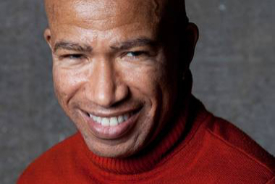 Mark Cassius is a singer/songwriter, dancer, actor and musician who has shared his gifts on cabaret, concert and theatrical stages around the globe. He is probably best known for his work with the world-renowned a cappella group, The Nylons from 1997 to 2005. During this time he sang baritone and penned some original pieces for the group. A musical theatre veteran, he has appeared on Broadway in Jesus Christ Superstar (reprising his Stratford Festival role), Ragtime (Toronto) and Shenandoah (Toronto and Broadway). Mark’s other Stratford credits include My One and Only and Oklahoma! He also held roles in Joseph and the Amazing Technicolor Dreamcoat (Elgin Theatre and Canadian tour) and Miss Saigon (Princess of Wales Theatre). We are delighted to have Mark back on our Theatre Collingwood stage!

There are no upcoming events to display at this time.