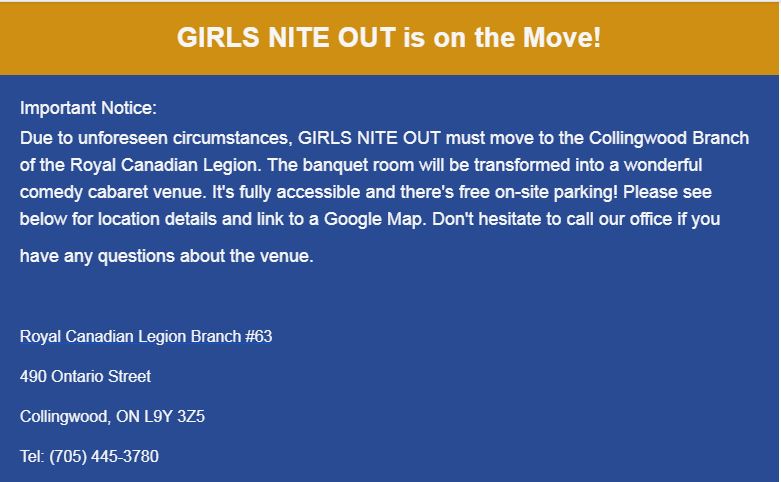 FRIDAY, MARCH 8TH at 8pm
At The Historic Gayety Theatre 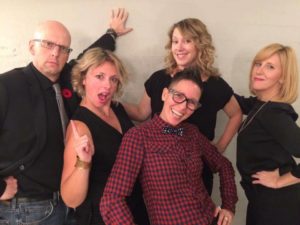 Girls Nite Out is an all-female, all funny, mix of stand-up and improv comedy. Led by the fearless & fabulous, Elvira Kurt, these Canadian Comedy Award Winners, CBC darlings and Second City alumni will make you laugh and cry (tears of laughter!) as they celebrate womanhood. Audience participation is encouraged, so grab your friends and join Theatre Collingwood for a fun-filled evening! 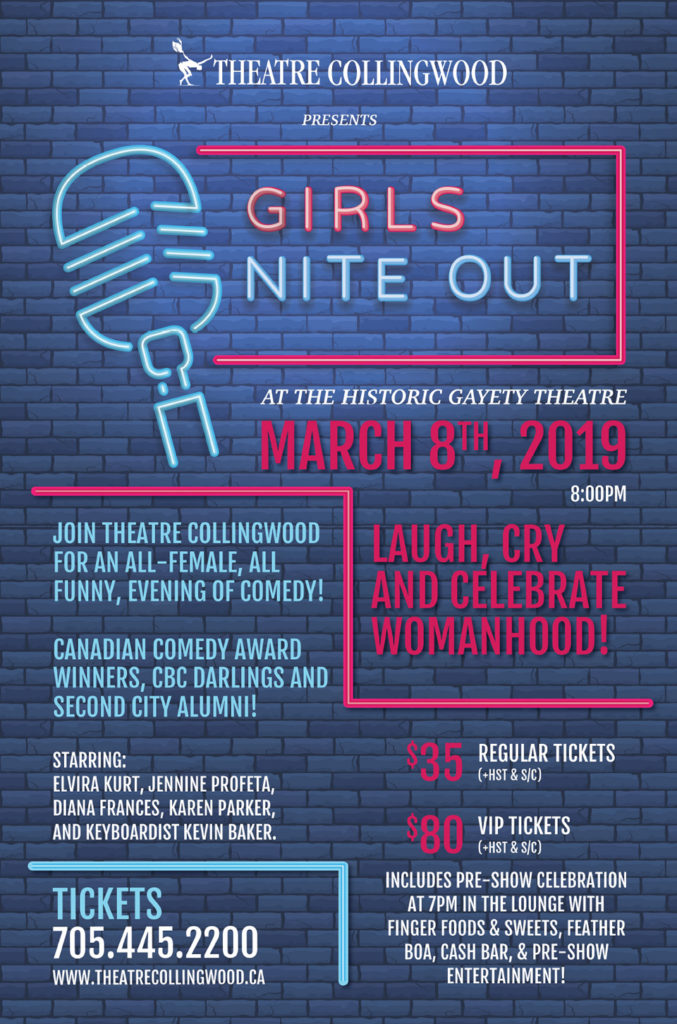 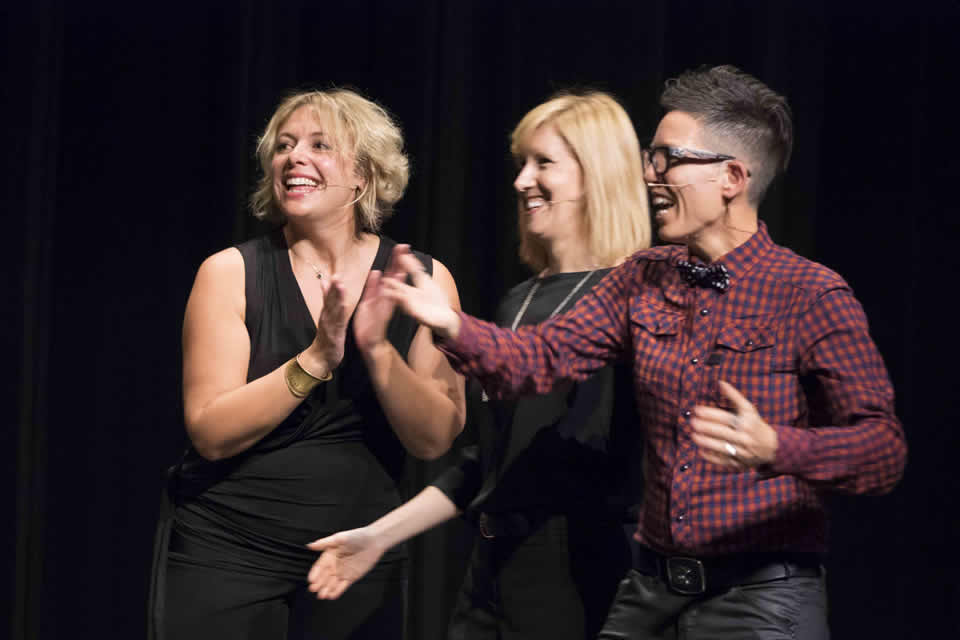 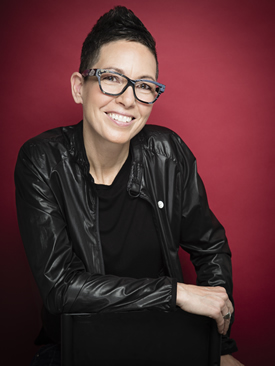 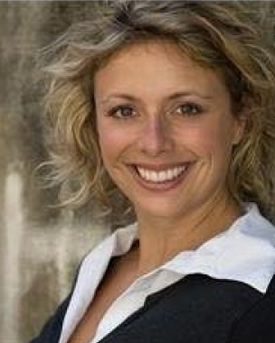 Jennine Profeta is a performer, writer, corporate workshop facilitator and MC/host. She has performed with The Second City (National Touring Company, Theatricals) across Ontario and aboard Norwegian Cruise Lines in the Mediterranean and Caribbean. As a writer, Jennine has penned scripts for television – Ollie The Boy Who Became What He Ate (CBC), Opie’s Home (TVO), Gemini and Genie Awards, and CBC Radio, and waxed poetic for Chatelaine, Today’s Parent and Best Health magazines. She’s appeared in numerous commercials and summer theatre productions, and was a principal player in Howie Mandel’s “Howie Do It” for NBC. She’s thrilled to be back with her sister act, Girls Nite Out, now entering it’s 12th (!!!) year. 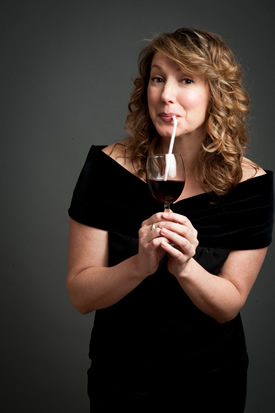 Diana Frances is an award-winning improviser and comedy writer. Originally from Vancouver, she now calls Toronto home and is a writer on Corner Gas: The Animated Series (Comedy Network,) Still Standing (CBC) and The Beaverton (Comedy Network.) Diana has been nominated for 8 Canadian Comedy Awards for ‘Best Female Improviser’ and has entertained our Canadian troops in Bosnia, Egypt, Israel and Afghanistan 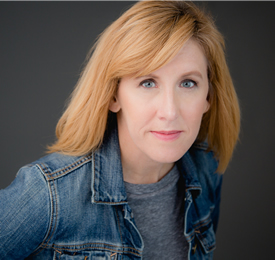 Karen is a three-time Canadian Comedy Award winning/Dora nominated actor and an alumnae of the Second City Toronto Mainstage (Facebook of Revelations, Tazed and Confused, Barack to the Future). She has Assistant Directed two MainStage shows, was Director of the National Touring Company , Family Co. and House Co. She has performed with theatre companies across Canada. Selected film and television credits include: Designated Survivor, People of Earth, Baroness Von Sketch Show, Hemlock Grove, Beauty & The Beast, The Firm, Saving Hope, Being Erica, The Jon Dore Show and Instant Star. You can currently catch her onstage in the all female sketch revue “She the People”. When not performing she is an acting and improv instructor at the Second City Training Centre and Making Box Theatre. Karen also travels the world teaching and performing with the Lusty Mannequins. The Lusty ’s recently took home the Best of the Fest award at the Toronto Sketch Festival. 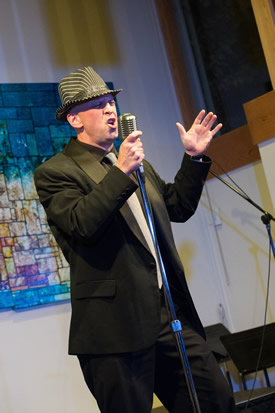 Kevin is a celebrated music and drama educator, entertainer, singer/musician and improv actor originally hailing from rural Saskatchewan.  He began his music career performing in multiple bands and currently performs bass and background vocals with indie rock band “Nickeltree”. Kevin is a graduate of The Second City Training Centre’s Conservatory Program and was musical director for The Second City Training Centre, Education Company and understudy for the National Touring Company (Canada). He has also served as musical director for the Bad Dog Theatre Company and independent troupes such as Slap Happy and The Kate Ashby Improv Academy. As an educator, Kevin specializes in instrumental/vocal music and the dramatic arts and currently serves the students of the Upper Canada District School Board, recently earning the “Trustees Innovation Award” for Teaching Excellence. 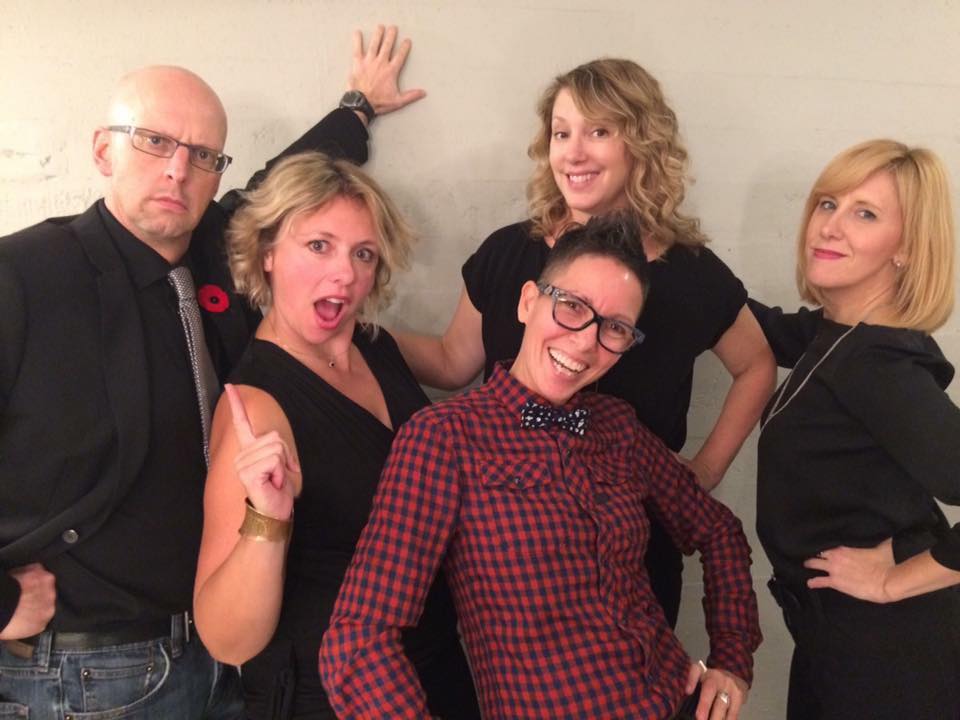 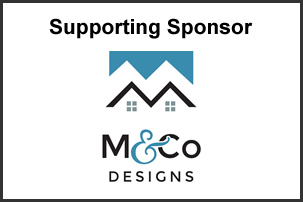