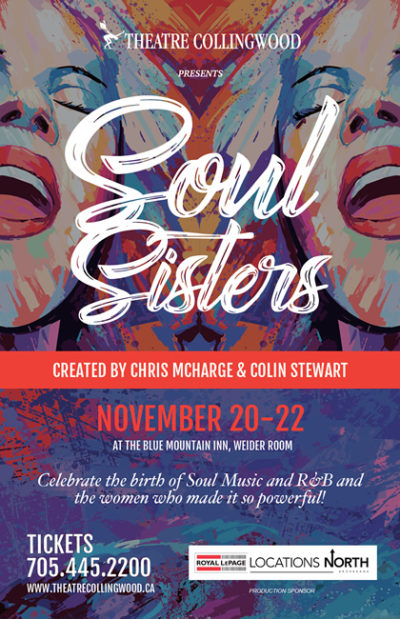 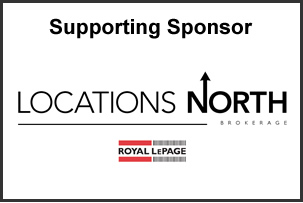 Soul Sister’s tells the story of the birth of Soul Music and R&B for women. Starting with Big Mama Thornton, Etta James, Soul Queen Aretha Franklin, and Gladys Knight, through the 60’s and 70’s with Patti LaBelle, Diana Ross and Tammi Terrell.  The show also includes the music of Tina Turner, Chaka Kahn, and Janet Jackson.

The show includes two amazing lead singers and Chris & Colin’s outstanding band!  These are the folks that brought us the very popular “Rockin’ All Night-Buddy Holly, Ritchie Valens, & The Big Bopper” show in 2018!

SWEET SOUL MUSIC | HOUND DOG | AT LAST
SOMETHING’S GOT A HOLD ON ME | WALK ON BY
RESPECT | NATURAL WOMAN | ROCK STEADY
WHEN SOMETHING IS WRONG WITH MY BABY
THINK (ABOUT IT) | IT’S A MAN’S WORLD
I FEEL GOOD | SEX MACHINE
MIDNIGHT TRAIN TO GEORGIA
I HEARD IT THROUGH THE GRAPEVINE
IT TAKES TWO | YOU ARE EVERYTHING
AIN’T NO MOUNTAIN HIGH ENOUGH
LADY MARMELADE | WHERE IS THE LOVE
PROUD MARY | TOO MUCH, TOO LITTLE, TOO LATE
LAST DANCE | I’M EVERY WOMAN
SMOOTH OPERATOR | HOW WILL I KNOW
SAVING ALL MY LOVE FOR YOU | ROLLING IN THE DEEP
SET FIRE TO THE RAIN | SWEET SOUL MUSIC 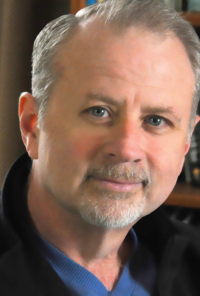 Chris has been directing for over 30 years and has served as Artistic Director at Lighthouse Festival Theatre in Port Dover, Artistic and Executive Director of Theatre on the Grand in Fergus, as well as former Artistic Associate at Theatre Aquarius in Hamilton. Chris maintains an active schedule as a freelance director and producer, and has worked throughout Canada, in Europe and in the United States. In his career he has directed over 100 productions including more nearly 40 world premieres, and has been nominated for a number of awards including the Eleanor and Lou Siminovitch Prize in Theatre (2001 & 2004), the Township of Centre Wellington Artist of the Year Award, the Canada Council John Hirsch Award and the Pauline McGibbon Award for directing. Chris is most proud of his role as dad to twenty-seven-year-old Caitlyn, twenty-two-year-old Erin, and nineteen-year old Quinn. 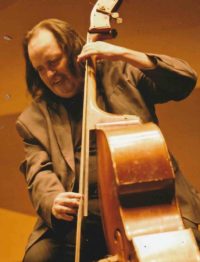 Colin has worked as a professional musician for nearly 30 years, and has worked in professional theatre as a Musical Director, Band Leader and Musician for nearly 30 years. Having performed in clubs and theatres throughout Canada, and on Carnival Cruise Lines around the world, Colin has worked with such blues artists as John Ellison, The McAuley Boys, Dutch Mason, Chicago Pete, Ellen McIlwaine and Phil Guy. Colin’s musical theatre credits include West Side Story, Annie, The Pajama Game, Oliver, My Fair Lady, Guys and Dolls, Bye Bye Birdie, Anne of Green Gables, A Funny Thing Happened on the Way to the Forum, and You’re a Good Man Charlie Brown. As Musical Director, Colin’s credits include Fire, A Closer Walk With Patsy Cline, 18 Wheels, Hank Williams: The Show He Never Gave, Buddy: The Buddy Holly Story, and the world premieres of Lovin’, Lyin’ and Leavin’ and Canadian Café. Colin has been touring extensively with his live musical tribute shows, Alice’s Restaurant, Hallelujah, Memories of Rock & Roll, Soul Sisters, Memories of the Summer of Love, Memories of the Rat Pack, DooWop to Motown, Memories of Hank Williams & Patsy Cline, Blue Suede Shoes, Johnny & June, Vegas Knights, which he co-created with Chris McHarge, and which have played to capacity crowds throughout Canada and in Europe.

Saveria is a 22-year-old singer, songwriter and producer from London, Ontario. During her formative years she was exposed to many flavours of music. Accordingly, her voice reflects a smooth rhythmic R&B quality, with the infectious precision of pop music, and an unmistakable psychedelic soul. Saveria began singing at the ripe age of 8, and took to it quite naturally. By age 14, she had already developed a competence for guitar and songwriting. To date, Saveria has performed all over North America, making several notable radio and television appearances along the way. In 2017, Saveria complemented her musical prowess by graduating with a diploma in Music Industry Arts from Fanshawe College. She credits this experience with sparking her love for music production, a skill that she has only continued to refine. She eventually joined (co-founded) a collective band called “Daytrip.” Their EP “Sleep Through the Madness” dropped in May of 2018. Its soulful vocals and psychedelic pop fusions have garnered wide-ranging appeal. Saveria is poised for success and accompanied by a fresh body of work. This year has already broadened her horizons, as she has graced the stages of iHeart Radio Fan Fest in Toronto, Festival D’ete in Quebec City, and the Cavendish Beach Festival in P.E.I. 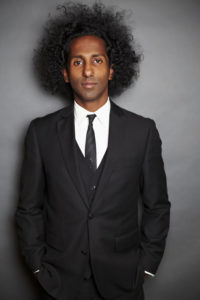 Shane Philips is a singer-songwriter who was raised in a family of singers on the banks of the Grand River in farm town Canada. His devotion to singing flourished early on as a young child, and from his church choir he transitioned into classical Italian opera during his elementary years. It is here where he developed the foundation for what is now his immeasurable strength and technical ability as a singer. As a writer, Shane’s songs have been used in film and TV, and he has also written compositions for community based organizations. As an actor, singer and dancer, he has starred in a variety of musicals including, We Love Harry Belafonte, Sweet Soul Music, as well as Memories of the Rat Pack, playing Sammy Davis, Jr. and gracing stages all across North America and Europe. Not surprising, Shane was a contestant on the nationally televised show, “The Voice,” and more recently, sang with living legend Stevie Wonder at the ACC in Toronto. shanephilips.com 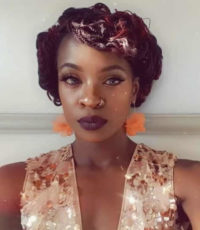 Tyanna’s professional singing career began at the tender age of 18. Almost immediately she threw herself into music, studying Music Production at Seneca College. Along with former classmates, Tyanna formed her own eponymous band, performing regularly around her native Toronto. Since then, in addition to modelling and background acting in such shows as Suits and Nikkita, Tyanna has been able not only to write, record and perform her own music, including two releases on Micasa Records, but she has also worked and appeared with such notable performers and recording artists as Lorraine Lawson, Sean Jones, Jordan John, and The Truly Band’s Trust Chen Pow. 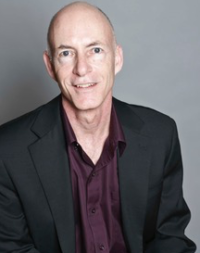 Chris’s 40 year career as a keyboard player includes a 3 year stint as house keyboardist at Lulu’s Roadhouse in Kitchener which saw him backing up various artists including Chuck Berry, Ben E. King, Peter Noone (of Herman’s Hermits), to name a few. For the last 10 years Chris has been involved in many musical theatre acts, including multiple European tours. 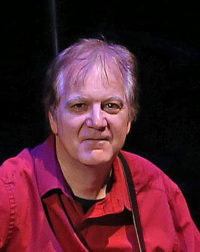 John Kenny is a full-time musician, and a first call for the area’s theatre and music projects. Equally comfortable with country, rock, pop and jazz, John has toured theatres and nightclubs across Canada (all ten provinces!) and the U.S. with various artists, including Juno Award winners, Patricia Dahlquist and Christopher Ward. John has performed in several productions at London’s Grand Theatre, most recently Mamma Mia! John has taught guitar and bass to hundreds of students, both privately and at Fanshawe College in London. 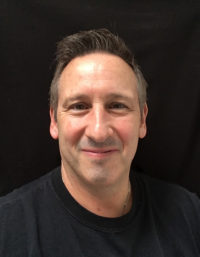 Todd is a retired high school music teacher from London, Ontario. After earning his Bachelor of Music degree from the University of Western Ontario, he attended Althouse Teacher’s College and, once completed, began his career with the Thames Valley District School Board.

Throughout his teaching career, Todd made time to perform with several groups in Southwestern Ontario. As one of the band members for Jeans ‘n Classics, Todd has backed up well known artists such as Roger Hodgson (Supertramp), Rik Emmett (Triumph), and Martin Fry (ABC), to name only a few. His former group, SPIRIT, has opened up for Martha Reeves and the Vandellas, Tommy James and the Shondells, Lighthouse, and John Tesh. He was an orchestra member with Celebrity Cruise Lines, and represented Canada in a small Jazz group in the Derry Jazz Festival in Ireland.

Now retired, Todd has also opened up a new chapter in his life by starting his first family with his wife, Aarika. “Never having had kids, other than my students, and being an old dad, I cannot begin to express the boundless love I have for my children, and, of course, my beautiful wife.”