CONFESSIONS OF A FAIRY’S DAUGHTER 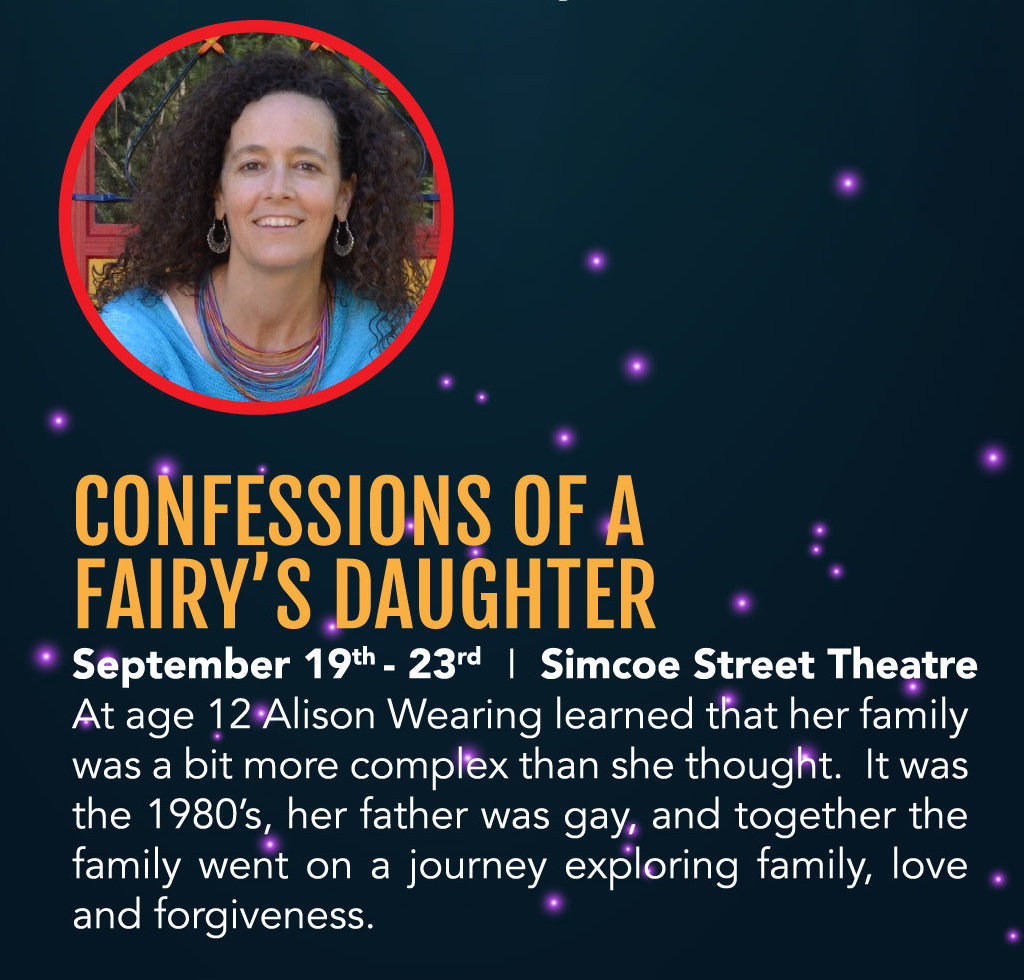 Based on her bestselling memoir, Confessions of a Fairy’s Daughter tells the story of a young girl growing up with a gay father in the 1980s. Woven through music and imagery, the comic monologue moves from Alison’s carefree childhood to the moment she learned, at age twelve, that her family was a bit more complex than she had thought.

The ensuing years were a time of confusion and disbelief, puff pastry and opera, bathhouse raids, scandal and celebration. Balancing intimacy, history and humour, this is a captivating tale of family life: deliciously imperfect, riotously challenging, and full of life’s great lessons in love.

Confessions of a Fairy’s Daughter has been performed more than 150 times and has won top awards in virtually every festival in which it has appeared, including four Fringe Festival Best of Fest awards, the CBC’s Outstanding Solo Show award, and Best Dramatic Script at NYC’s United Solo, the largest festival of solo theatre in the world.

Join us for the triumphant return of Alison and her heartfelt, honest, deeply funny and personal one-woman show. You won’t want to miss this brilliant portrayal of family, love, and forgiveness.