Founded in 1984 by a group of visionaries and culturally-minded individuals dedicated to enhancing the ‘theatre life’ of the community, the Board of Directors oversees the business operations of Theatre Collingwood. The elected volunteer Board members are responsible for governance, fundraising, personnel, government relations, financial reporting and facilities.

The Board members work closely with the Management team to develop and maintain a healthy, non-profit, professional theatre company with charitable status.

As noted, our Board Members are all volunteers, and we thank them for all their time and dedication that they so generously give to support Theatre Collingwood! 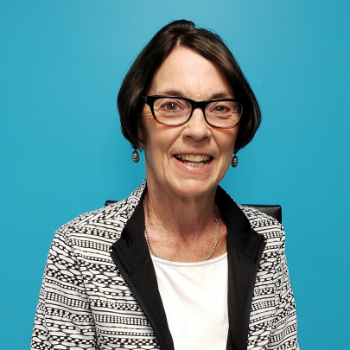 Marie C. RoundingBoard Chair
Marie has been on the Board of Directors for Theatre Collingwood since August 2014. She is now Vice-Chair as well as a member of the Nominating & Governance Committee. Marie is a retired lawyer and corporate director. Her legal career was primarily in the energy sector in both the public sector (Chair of the Ontario Energy Board) and private sector (Counsel at Gowlings; CEO Canadian Gas Association). She is a past and current board member at several electricity utilities (EPCOR Ontario, Ontario Power Generation and Nova Scotia Power), but also active as a NFP board member in the health and arts sectors (e.g. current or past Chair of boards of Canada’s National Ballet School, Doctors’ Hospital and Kensington Health Foundation.)
Marie has been a resident in the Collingwood area for the last 35 years, initially as weekend skiers, then year round weekenders and gradually advancing to recent full-time residency. She feels Collingwood is a great place to appreciate the great outdoors with lots of year round sports and activities.
Two first memories of live performances stand out for Marie. “I remember singing a solo (Oh Holy Night) in a Christmas pageant in elementary school and then studying The Merchant of Venice in high school, and afterwards we put on a performance of that Shakespeare play….The quality of mercy is not strained…” If Marie could play any role in a show, she would pick Falstaff. “Not sure why, but that Shakespeare character has always appealed to me!”
“Live theatre is important because there is nothing like it; it is a shared experience, yet it helps us to see a different perspective from our own.” – Marie Rounding 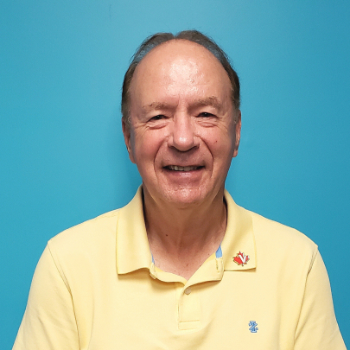 Rob HartVice-Chair
Rob and his family have been coming to Collingwood for recreation since the mid-80’s and made a decision to become residents in early 2019.
After completing his MBA at the Schulich School of Business he had a 40+ year career holding senior management positions in general management, marketing\communications, sales management with Nestle, Jostens Inc., Torstar, Mississauga Living Arts Centre and others.
Rob’s seven years with the Mississauga Living Arts Centre as Director of Marketing and Communication and on the leadership team will provide valuable experience for Theatre Collingwood.
Since moving to Collingwood he has become a member of the CACE (Collingwood Arts Culture Entertainment) Group and the Condo Board in his community.
Rob strives to make a meaningful contribution to the success of Theatre Collingwood. 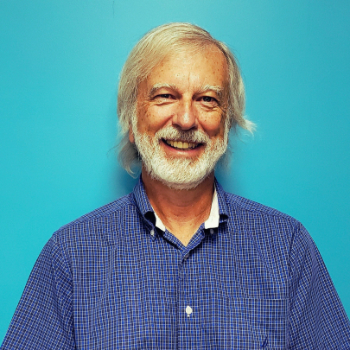 Richard Lemoine, C.A. C.P.ATreasurer & Secretary
Richard joined the board of directors of Theatre Collingwood in August 2014 as Vice-Chair.

First attracted to Collingwood for the skiing (1996), After having rented for a few years, then bought a condo in Cranberry Village, Richard and his wife Debra Friendly decided in 2004 to start building their future home and moved full time to the area in 2010.

Richard is semi-retired from the accounting firm he founded in 1990. He likes to say that he has kept the clients that are fun to deal with. Prior to forming his own firm he worked for one of the big four accounting firms and had a stint owning part of an advertising agency prior to returning to the accounting profession in 1990.

Richard has served on numerous boards and most recently retired as and chair of the board of Cross Country Ski Ontario. He remains active in the ski world as the treasurer of Southern Ontario District of Cross Country Ski Ontario, president of the Highlands Trailblazers (operating out of Highlands Nordic in Duntroon) and is an active race organizer and international level technical delegate. His previous board experience includes Commodore of the Etobicoke Yacht Club, treasurer and executive board member of Taffelmusik – (Canada’s premier baroque orchestra), Vice Chair of Junior Achievement (Peel Region) and the YMCA (Mississauga).

He is a long term audience member of live theatre and doesn’t have an acting bone in his body. Richard can be found not only enjoying Theatre Collingwood, but also at the Shaw, theatre in Toronto and if while on vacation there is a theatre near, he and his wife Debra will take in a show or two. 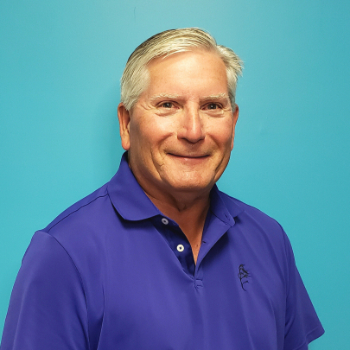 Jim AndersonBoard Member
Jim became a director of Theatre Collingwood in 2014. A Chartered Professional Accountant, Jim is a retired corporate executive. During Jim’s career, he has held senior financial and operating positions with several large public corporations. He has also sat on a number of commercial and charitable Boards. 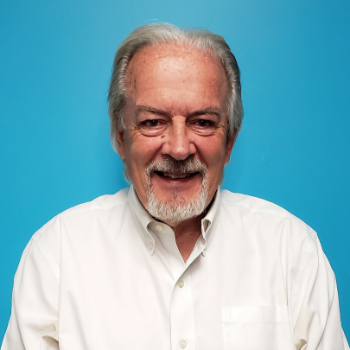 Harold BickerstaffBoard Member
Harold Bickerstaff is one of Theatre Collingwood’s longest serving Board Members, having joined the team in 1999. He enjoys working with a dynamic Board of Directors, management and office staff. Harold was Board chair from 2010 to 2015. Harold is the President of Bickerstaff Sales Agency and has been in the toy business for forty-five plus years, receiving many awards within the toy industry over his long career. His company serves the needs of major retailers across Canada. His senior positions at several toy companies (such as Fisher Price Toys for almost twenty years) led him to open his own agency in the late 90s. About this time he made the move to Collingwood and started to get involved in the community. Harold’s passion for acting and theatre got him involved in supporting Theatre Collingwood. He has seen many changes over the years, not the least of which has been the numerous venue changes.

Harold is past President (2002-2003) of the Rotary Club of Collingwood and a three time Rotary Paul Harris Fellow. He is a founding member of the Collingwood Dragon Boat Festival and over the years has been involved with several fundraising events and organizations such as the Humane Society, the Red Shoe Walk for My Friend’s House, and with The Gaslight Tour in Collingwood since its inception (playing several roles on stage). Harold is also involved with the Wasaga Beach Blues Festival both on and off the stage.

A frequent guest on local radio shows, he continues to “spread the word” about Theatre Collingwood in South Georgian Bay and beyond. 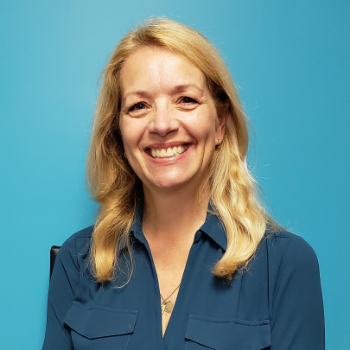 Anita HearnBoard Member
Anita grew up in Toronto and spent her weekends and summers as a child at the top of Blue Mountain. She has been an avid skier since the age of 2 and, after marrying her husband David, they continued to come up every weekend during ski season. In early 2000 Anita and David moved their little family to Hong Kong, then Singapore, and then Shanghai, China. This was 8 years of work and adventure, which included bringing their son Ryan with them, and then son Thomas was born in Hong Kong. In 2008 they moved full time to Collingwood, where they always wanted to end up! Anita has worked in design and project & accounts management, and brings these diverse skills to our Board. In Collingwood she has been a Real Estate Broker for Royal LePage Locations North for 7 years. Anita truly loves our community and wants to make a positive impact by “getting involved”! 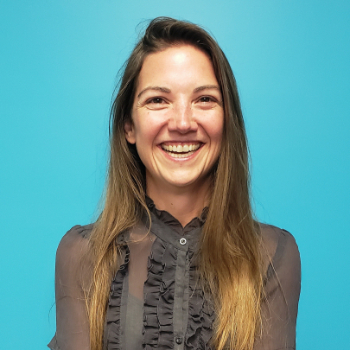 Michelle KingsburyBoard Member
Michelle has been a Board Member since March 2018. She is a realtor and enjoys helping clients with their real estate needs in and around Collingwood. The Collingwood area has been home since 1999 when she gravitated to the area for the love of the outdoor activities, skiing, hiking, and paddle boarding.
Michelle’s first memory of going to a live performance is Joseph and the Amazing Technicolor Dreamcoat. She was amazed by the larger than life set, actors, costumes, and sound. She believes that live theatre is important to enjoy and live in that moment, being part of the audience in each performance is truly a unique experience. If Michelle could play any role in a show, it would be being part of Chris Tsujiuchi’s A Very Chris-terical Christmas Cabaret! Maybe someday! 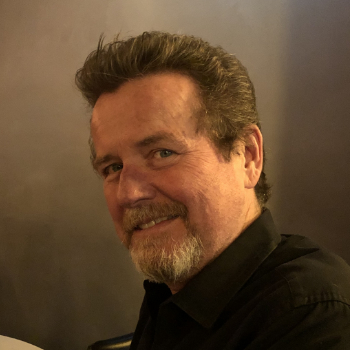 Jim RoeBoard Member
Jim recently retired after a 40+ year career in Canada’s arts and entertainment industries. He was the General Manager of St. Lawrence Centre for the Arts for over 10 years. Prior to that he worked for Maple Leaf Sports and Entertainment on the concert, events and Raptors side of the business. He also worked at the stadium formerly known as SkyDome as Director of Event Operations and spent 10 years as a freelance Stage and Production Manager.
He has 20 years experience serving on the boards of directors in the NFP arts sector, most recently as chair of the board of Theatre Passe Muraille.
In 2012 he was honoured to be awarded the Queen Elizabeth ll Diamond Jubilee Medal, for “a career spent as an advocate for and ambassador of the Arts in Canada.” 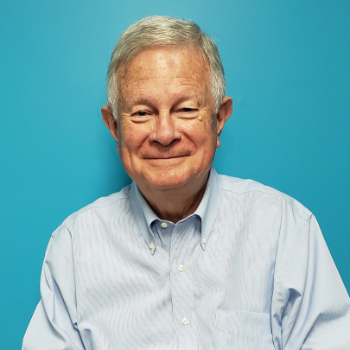 David McFadden Q.C.Board Member
David became a director of Theatre Collingwood in 2012. He is the President and CEO of Generation Four Capital Corp and currently serves as Chair of the boards of directors of Toronto Hydro, 407 International Inc. and PCI Geomatics Inc. David also serves on the boards of Cricket Energy Holding Inc. and Makwa Development Corp. He is a member of the Board of Governors of York University and is a director of the Yonge Street Mission. David is a member of the Energy Board of MaRS and of the Council for Clean and Reliable Energy.

David was a partner in Gowling WLG for 30 years where he served over the years on the firm’s Executive Committee and Board of Trustees. He previously served as Chair of the Ontario Centres of Excellence, the Ontario Energy Association and the Canada-US Business Association.

David particularly loves his time on the Board of Theatre Collingwood with its creative spirit and great sense of teamwork.