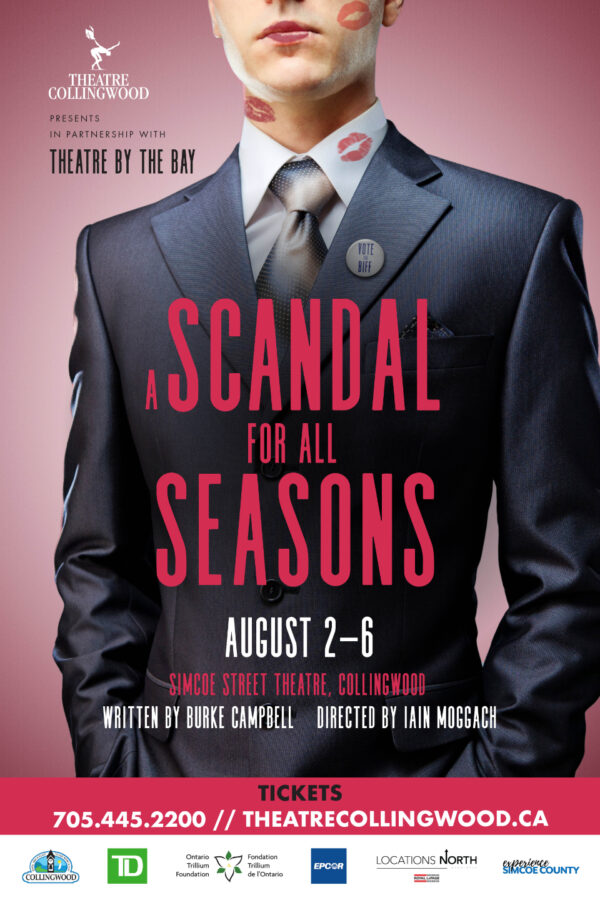 A Scandal for All Seasons

A Scandal for All Seasons, written by Burke Campbell, is an original farce about two Barrie socialites, Auggie and Doris, who engage in a “battle of the bulge” over the sexy, progressive Mayor of Barrie, Biff Worthington. When Mayor Worthington shows up on Auggie and Doris’ doorstep asking for help, chaos ensues as the women vie for his affection in a private dinner. Is there corruption in local politics? Who will be the successful winner of Biff’s heart? The results are sure to be outrageous!

This show contains mature content and language. Suitable for patrons 16 and over. The show runs for approximately two hours. There will be a 15 minute intermission between acts.

*The participation of these Artists are arranged by permission of Canadian Actors’ Equity Association under the provisions of the Drama-Opera-Theatre Policy.